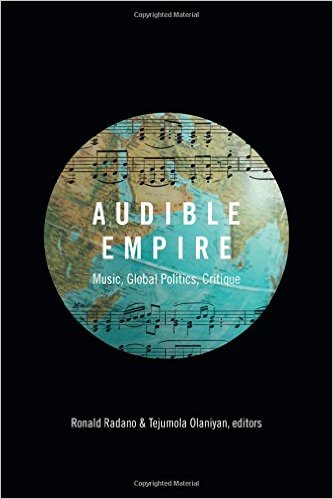 Audible Empire rethinks the processes and mechanisms of empire and shows how musical practice has been crucial to its spread around the globe. Music is a means of comprehending empire as an audible formation, and the contributors highlight how it has been circulated, consumed, and understood through imperial logics. These fifteen interdisciplinary essays cover large swaths of genre, time, politics, and geography, and include topics such as the affective relationship between jazz and cigarettes in interwar China; the sonic landscape of the U.S.– Mexico border; the critiques of post-9/11 U.S. empire by desi rappers; and the role of tonality in the colonization of Africa. Whether focusing on Argentine tango, theorizing anticolonialist sound, or examining the music industry of postapartheid South Africa, the contributors show how the audible has been a central component in the creation of imperialist notions of reason, modernity, and culture. In doing so, they allow us to hear how empire is both made and challenged.