Principal African languages taught by the Department include Arabic, Swahili, Wolof, and Yoruba. However, the program supports the study of various other African languages through courses and/or individualized study. Visit our department overview at the Guide to learn more and review requirements for the Bachelor of Arts and Bachelor of Science.

If you have prior experience with an African language, please contact Toni Landis for enrollment guidance.

To assist with the cost of your education, there are a number of scholarships available to those studying less commonly taught languages.

Degree Requirements at a Glance

To see more in-depth requirements, as well as classes that fill specific requirements, see the African Cultural Studies page at the Guide.

This is an accordion element with a series of buttons that open and close related content panels.

In addition to the major degree requirements, undergraduates may graduate with honors in the major by completing the following:

Why Study an African Language? 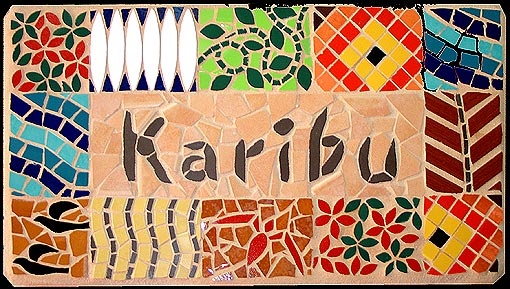 Truly a global language, Arabic is the first language of over 200 million people living in northern Africa and the Middle East. Less than one percent of US college students study Arabic, yet there is high demand for speakers who can negotiate the significant political, economic, and military issues confronting many living in the region.

Click here to learn more about studying Arabic at UW–Madison

“I could have never imagined the richness that studying a language and region would add to my biology curriculum and STEM background. I encountered so many incredible students, professors, and leaders within the African Cultural Studies department, and I have been introduced to so many opportunities because of my unique language background.”
– Jessica M.

“Personally, academically and professionally, Arabic has become my main language of focus, and it has shaped everything about my life thus far. My summer spent in the Middle East taught me a love of the Arab language, culture, history and people.”
– Kadie R.

“For Arabic, I was always curious about it as my family is half Egyptian. The culture was there, but growing up, the Arabic language was a missing link. Studying it in college enabled me to connect with my grandparents and family in ways that I couldn’t before.”
– Kate T.

Hausa is West Africa’s most widely spoken language. More than 34 million people in parts of Nigeria, Niger, and Chad speak Hausa as their first language and it is used as a trade language by another 18 million people throughout West Africa, Central Africa, and northwestern Sudan. It has a rich literary tradition in both Arabic and Roman scripts, as well as a thriving oral tradition and a huge film industry.

Please note: While Hausa is one of the main languages of our program, it is not offered every semester.

Click here to learn more about studying Hausa at UW–Madison

Swahili unites speakers throughout East Africa, from Zanzibar on the Indian Ocean to parts of Central Africa. As a result, Swahili is one of the major languages of the African continent; it is an official language of Kenya, Tanzania, Uganda, Rwanda, and the Democratic Republic of the Congo, as well as of the African Union and is the lingua franca of the East African Community. The cultural heritage of Swahili plays an important role in the African Diaspora, making it a prominent starting point in fields of African Studies, African-American Studies, and the study of other cultures of African origin throughout the world.

Click here to learn more about studying Swahili at UW–Madison

“We inherently put ourselves in places of familiarity and comfort, often never stepping outside of this. Swahili pushed me to exist outside the boundaries of familiar. And because of this, I saw the world in a new way and consequently saw myself in a new way.”
– Maria E.

“Not only was living in Kenya life-changing but understanding Swahili and having the ability to speak it with community members was so fun and rewarding. It always takes them by surprise when they hear a Mzungu (white person) start speaking Swahili, but you can see it gives them so much happiness to see someone making the effort to speak their language.”
– Carly B.

“Studying language is an important way for me to stay connected with my family and friends in other countries. For some of my relatives from the older generation, it is crucial to be able to speak with them, understand their advice, listen to their stories, and overall create and maintain a relationship.”
– Tosha

Wolof is used by over 5 million people in Senegal, The Gambia, and Mauritania. Wolof is key for communication in West Africa and serves as a lingua franca in Senegal. The language has a rich literary tradition in both Arabic and Roman scripts, as well as a thriving oral tradition. It also plays an important role for Senegalese culture around the world. While Akon may be most familiar, two other famous Wolof speakers include singer Youssou Ndour and famed filmmaker Ousmane Sembène.

Click here to learn more about studying Wolof at UW–Madison

“Being able to communicate with someone in their native language allows for a different level of understanding. I also feel extremely fortunate to have been able to study Wolof at UW-Madison and continue studying it in Senegal, as it allows me to use Senegal’s main language to communicate with people without reverting to the colonial language of French.”
– Lauren S.

“Being able to understand the corner street vendor selling mangos, or a president speaking to a worldwide community in his or her native tongue has affected me in a positive way. Learning the French, Arabic, and Wolof languages have given me the opportunity to turn acquaintances into life-long connections through my travels.”
– Lily

An understanding of Yoruba grants students access to a wide variety of Yoruba-speaking cultures across the globe. Yoruba is the native language of the Yoruba people, is an official language of Nigeria, and is widely spoken in Benin, Togo, and Sierra Leone. It is also a prominent language for communities outside Africa, including Brazil, Venezuela, Cuba, Trinidad and Tobago, Puerto Rico, and Haiti. Nearly 30 million people worldwide speak Yoruba.

Click here to learn more about studying Yoruba at UW–Madison

I studied Yoruba to a high degree of proficiency through UW Language classes and an intensive year-long study abroad program in Nigeria, made possible by grants and programs from the Language Flagship and the Boren Scholarship. Learning Yoruba to a native proficiency literally changed my life, worldview, and has greatly shaped my path for the future. Learning another language is like discovering another version of yourself, and it is a key that opens many doors, particularly if you know a less-commonly-taught language from a part of the world that is critical to politics, business, or security.
– Kevin B.

I use my language every day at work! My knowledge of Spanish allows me to develop closer relationships with students and families, [and] When I started at UW-Madison I was part of a First-year Interest Group (FIG) on African language and culture, and part of that was a Yoruba language class.
– Sarah S.

Spoken predominantly in South Africa, Zulu is the native language of the Zulu people and as a first language, it is the most widely spoken of the country’s 11 official languages. It is also spoken in Eswatini, Lesotho, Zimbabwe, Malawi, and Mozambique. Suppressed for many years under apartheid in South Africa, Zulu is now becoming a major language on the country’s eastern coast, and a significant language on the African continent.

Click here to learn more about studying Zulu at UW–Madison

“I studied Zulu at the UW a few years back. It was the most rewarding educational experience of my life. Not only did I learn a different language, I also learned history that we never touched on in any of my world history classes! The connections and friends I made while studying Zulu have enriched my life in so many ways. I highly recommend it to everyone.”
– Rose Yahnke

“Zulu has enriched my life in so many ways. Francis, my first year Zulu teacher, gave my daughter a Zulu name. We thought it was beautiful, so now she has a Zulu middle name. In addition, studying Zulu helped me to realize what it is that I want to do with my life, which is to collect recordings of endangered Bantu languages and work on Proto-Bantu.”
– Alexandra

Studying abroad extends the boundaries of the classroom to the world! It is an exciting way for you to complement and enhance your on-campus learning while earning meaningful credit toward your major and degree. Additionally, globalization is changing the way the world works, and an ability to work across cultures is becoming more and more essential to finding a job! Employers are increasingly looking for workers who not only have technical knowledge, but also “soft skills” such as critical thinking, problem solving, time management, and communication skills deemed necessary for success in a global workforce.

View the programs in Africa

Visit our Study Abroad Majors Advising Page to learn more about how study abroad can fit into your academic plans.

This is an accordion element with a series of buttons that open and close related content panels.

Undergraduates with questions about our major, honors, or study abroad, and those who are ready to declare the major, should contact: