Arabic is truly a global language. It is spoken throughout the world, as the first language of over 200 million people living in northern Africa and the Middle East and as the official language of over 20 countries. Arabic plays a fundamental role in the practice of Islam as the language of the Holy Qur’an. Arabic influences are found in languages throughout the West and in many parts of Africa and Asia. Students of Arabic have the opportunity to learn about and engage with Arab peoples directly, rather than through the stereotypes often used to characterize them. As the Arabic and Islamic worlds attract international attention, demand grows for fluent speakers of Arabic in academia, international business, journalism, government agencies, and international non-governmental organizations.

Our Arabic program is an important part of interdisciplinary programs in African Studies, Middle East Studies, and Institute for Regional and International Studies (IRIS). In addition to three full years of Arabic study, we offer courses in Arabic dialects and literature courses conducted in Arabic. Our students can apply for undergraduate Foreign Language and Area Studies (FLAS) Fellowships, which cover partial tuition for one year and provide a stipend. Through the African Studies Program, our students are connected with many faculty members conducting research in and about Africa in the humanities, arts, sciences, and education. The Middle East Studies Program adds many more faculty and scholars of this region to that list.

“I could have never imagined the richness that studying a language and region would add to my biology curriculum and STEM background. I encountered so many incredible students, professors, and leaders within the African Cultural Studies department, and I have been introduced to so many opportunities because of my unique language background.”
– Jessica M.

“Personally, academically and professionally, Arabic has become my main language of focus, and it has shaped everything about my life thus far. My summer spent in the Middle East taught me a love of the Arab language, culture, history and people.”
– Kadie R.

“For Arabic, I was always curious about it as my family is half Egyptian. The culture was there, but growing up, the Arabic language was a missing link. Studying it in college enabled me to connect with my grandparents and family in ways that I couldn’t before.”
– Kate T.

Check out Student Projects completed by our past Arabic students! 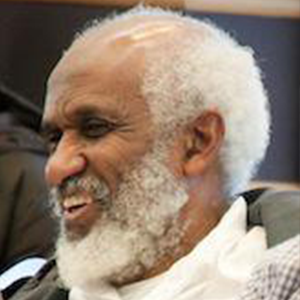 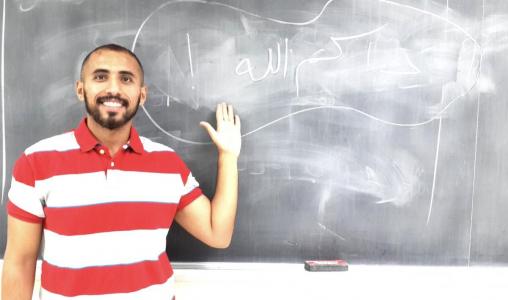 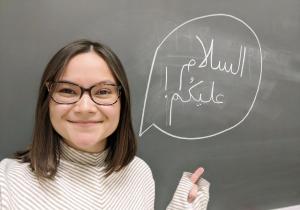 UW-Madison students of Arabic can live in Baytunaa, the Arabic language house in the International Learning Community.

Through International Academic Programs, UW-Madison and partner institutions offer a wide variety of study abroad opportunities throughout the Arabic-speaking world. Programs are currently available in Jordan, Morocco, Tunisia, and Israel. For more information, visit the Study Abroad website. Consult our Majors Advising Page for more information about your academic plans and study abroad.