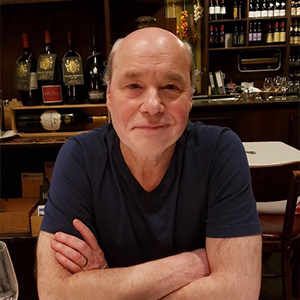 Ronald Radano is an ethnomusicologist who specializes in the history of US Black music and its transnational circulation. More recently, he has developed a second area of expertise in early sound recording and its participation in the early colonization of Africa. Radano studies music through the interpretive mechanisms of cultural theory and history, giving particular emphasis to the ideological formation of race. He teaches seminars and courses on a variety of topics, including global pop, African colonialism and its cultural critique, and cultural theory.

Radano is the author of two award-winning books, New Musical Figurations: Anthony Braxton’s Cultural Critique (Chicago, 1993) and Lying up a Nation: Race and Black Music (Chicago, 2003), and coeditor of Music and the Racial Imagination (Chicago, 2000) and Audible Empire: Music, Global Politics, Critique (Duke, 2016). His work has appeared in numerous journals, including Musical Quarterly, Daedalus, Critical Inquiry, Modernism/Modernity, Radical History Review, and Boundary 2. He is coeditor of the book series, Refiguring American Music (Duke) and served as coeditor of Chicago Studies in Ethnomusicology for twelve years. Radano has held research residencies and fellowships at numerous institutions, including the WEB Du Bois Institute (Harvard), the Smithsonian Institution, and the University of Pennsylvania (as a Rockefeller Fellow). He was a Guggenheim Fellow in 1997 and a Senior Fellow at Wisconsin’s Institute for Research in the Humanities from 2013 to 2017, where he drafted his new study on the history of black music value, Alive in the Sound:  Black Music as Counter-History (forthcoming, Duke University Press). In Spring 2019, Radano was the Andrew W. Mellon/Berlin Prize Fellow at the American Academy in Berlin, undertaking archival research on African sound recording produced during the period of imperial Germany’s colonial occupation before World War I.

An interview conducted in 2017 by graduate student Kathryn Mara.