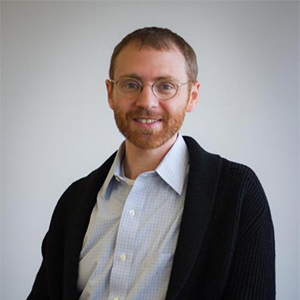 My first experience in Arabic was in 1984, when I moved as a child from the USA to Egypt. Since those two early years living in a town near Cairo, I’ve been curious about the language and culture. Bilingual education wasn’t as popular then as it is now, sadly, but becoming a fan of Egypt instilled in me a desire to eventually speak the language of the people around me—it just took me a decade or so, long after I’d returned Stateside. I began formally studying Arabic as an undergraduate, which gave me the opportunity to once again live in the Middle East and, eventually, to conduct advanced study of Arabic literature. The academic interests I’ve developed along the way include Classical poetry, the lyric tradition, literature dealing with the Crusades, and modern fictional treatments of the Middle Ages.

I’m currently researching and writing a book, provisionally titled Dictating the Middle Ages. It asks how Arab military regimes in the 20th and 21st centuries used the Classical Arabic past to promote themselves among the populace. In many respects, the book builds upon a short section of my first book, Medieval Empires and the Culture of Competition. That study of the Middle Ages led me to briefly consider the arts festivals organized by Saddam Hussein’s Baath Party in Iraq. The more I investigated the topic, the stronger a sense I gained that dictators needed the Middle Ages and the Classical tradition to make themselves seem cultured, legitimate, and benevolent to their people. It’s a neglected topic, I think, and I’m eager to say something new about it in the book.

Dictating the Middle Ages will be my first book-length study of modernity, but for my entire career I’ve had an abiding interest in researching contemporary topics. My articles include several comparative studies of 20th-century Arabic works from Morocco, Tunisia, Egypt, and Lebanon. In 2018, I worked with colleagues in Film Studies and New Media on a book called Unwatchable, for publication in early 2019. The volume includes chapters on photography, viral Internet videos, news coverage of the “War on Terror,” iconoclast gallery art, and other examples of images and spectacles that test our capacity for watching. My chapter is on Egyptian cooking television, in context of current political fights over religion and Arabic-language mass media.

I welcome students to chat with me—and, if interested, to work with me—on a variety of cultural topics that we teach in our department. Over recent years, I’ve worked with students writing about Arabic political novels, Islamic history in the medieval Mediterranean, World Literature in the context of Africa, the role of creative literature in Arabic language teaching, and African postcolonial theory. I look forward to many more such efforts, which have been eye-opening for me, and in many cases have informed my own independent research. It’s a cliche, but no less a fact, that teaching is a mutual relationship rather than unidirectional: we instructors and students really are poised to learn a huge amount from each other.