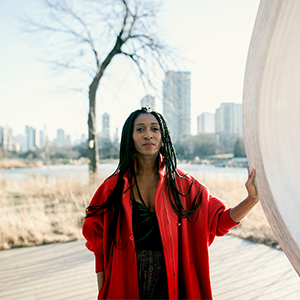 Ainehi Edoro is an Assistant Professor of African Cultural Studies and English at the University of Wisconsin-Madison where she teaches and researches on African literature, political theory, and literature in social media. Edoro is the founder and Editor of Brittle Paper, a leading online platform dedicated to African writing and literary culture. Her current book project is titled “Forest Imaginaries: How African Novels Think.” She also writes essays and commentaries about contemporary African literary culture in mainstream publications such as The Guardian and Africa is a Country.

Edoro’s research interest is centered on the form, theory, history, and culture of the novel as it emerged in Africa. She is working on a book titled “Forest Imaginaries: How African Novels Thinks.” The book argues that the African novel, at the moment of its inception, introduces a model for configuring space in fiction.