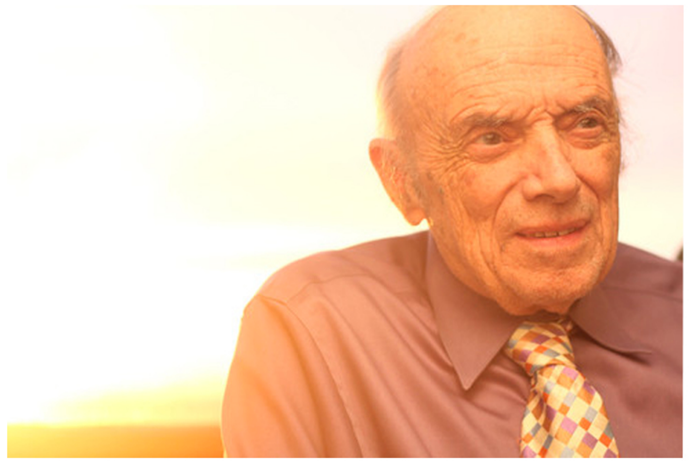 On October 31, 2014, the Department of African Languages and Literature celebrated the life and legacy of Harold Scheub with a symposium and luncheon. The afternoon included remarks from friends, colleagues, and alumni, poetry, and the screening of a short film inspired by Harold’s career.

Those remarks and others will be included in a festschrift publication that Harold will receive later this year. They are also be published here.

I was lucky enough to take Harold’s course two years ago, the last time he taught it. I retired from University two and a half years ago, and he was kind enough to allow me to sit in. I have to say that in some of the courses I had been able to sit in, since I am retired, I used to say that I had the best attendance record. That wasn’t the case in Harold’s class because everyone was there all the time. I just want to report to you, in case the dean is marking on teaching evaluations that at that last class, that Harold’s passion, excitement, and energy were in full force and the students were just enthralled. So it’s a remarkable career right to the last time we taught that course, and Harold’s thank you for allowing me to sit in that class.

I feel so honored to have known and to still know Harold Scheub. I first met him as a young professor went I came here back in the 70s. He, wonderfully, allowed me to meet with him numerous times over the years in those early days. We talked about the many miles that Harold collected throughout his lifetime, many students that he collected throughout his lifetime, and the many stories in South Africa. He collected art, and his art collection of South African art is unique. Interestingly when I was at the Smithsonian many years ago doing research on Nigerian art I ran into a young person, and when we were introduced he said, “Oh, I saw your exhibition catalogue in South Africa.” I said, “What are you talking about, which one?” He talked about a contemporary art exhibition, ad the South African art in it. The South African art was Harold Scheub’s. I think it would be wonderful to see his collection documented and made available to the world; to see his work as part of our institution, and also to see it online as a global educational resource.

At the time of Harold’s retirement, Catherine Reiland dug through archives and on the internet to see what we might put on our website about him. One of the things she discovered is that Harold was an accomplished writer long before he came to the University of Wisconsin. For example, as a student Harold was writing theatre reviews for the Valparaiso newspaper in the 1960’s. They are incisive, firm in their opinions, and eloquently composed. If anybody ever decides to collect the entirety of the Scheub’s writings, remember that we have only parts of it here.

[Nancy Peterson] creates the role (and it is important to note that it is her own unique role, not a mere imitation of Ethel Merman or Rosalind Russell) with a voice that never loses its steel edge, its determination—she goes beyond the normal expectations of a musical comedy heroine and creates a Madame Rose that is compelling and pathetic.

There are other performances that must be commended, but something must first be said about the orchestra under the direction of [redacted to protect the guilty -ed.] One is willing to accept a mediocore orchestra if it does not interfere with the performance, but objections must be voiced when the orchestra blunders its way awkwardly through every number, unnecessarily drowning out singers, interfering with production numbers and just generally getting in the way—acapella would be better, or records, or kazoos.

Harold read about everything. He read everything. Whenever I talked to him about something, he would send me an article, or a book, or a book chapter about that topic.

The first time was on a topic that was very obscure to most people. I come from a part of Cameroon where one of our main staples is seafood. I am always telling people about a part of the fish that is such a delicacy, that until you have tasted that part of the fish you cannot say that you have eaten fish. People would always tell me how crazy I am. So one day I was having lunch with Harold at the Union. I said I love fish, but the best part of the fish is the cheek. I went on and on about it—how much I like it, how my mother would take a lot of fish cheek and make this meal in banana leaves. At the time I wasn’t really sure that Harold was paying attention.

Three days later, in my mailbox in Memorial Library, I received an article from a restaurant reviewer of the New York Times about lunching and dining on the beaches of Caribbean and Cameroon. There was a lengthy section about fish cheeks, and this man was seeing exactly what I have been sharing with people. It just proved to me what a good listener Harold was, what a culture addict he was, and how many cultures spoke to him. That is something I have always thanked him for. I think that the sharing, and very generous in his sharing. And thank you Harold for always sharing with us.