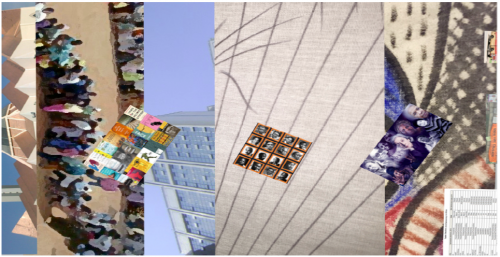 In this course, we will bring into systematic interaction three composite entities that are traditionally the objects of different study areas and therefore are studied together rarely or only
casually: contemporary African literature, the postcolonial African political state, and the larger global modern context that subtends the two. African literature is renowned for its “highly
charged political character.” We will historicize this popular knowledge by exploring the evolution of the literary tradition’s fixation with macro-political state matters. We will also pay
close attention to the postcolonial state and its transformations, to understand why it attracts such absorbed literary scrutiny, especially of an oppositional kind. The literature and the state, we will learn, are really intimate siblings of the same parent, the global modern. We will study this modernity and its particular inflections in the African context. Our course goal is to have a better grasp of not just Africa’s literary history but also a political history of its literature, and a literary-cultural history of its politics.

Some of the literary texts we will study include Chinua Achebe’s A Man of the People, Sembene Ousmane’s Xala, Tahar Ben Jelloun’s Corruption, Lynn Nottage’s Ruined, Nawal El Saadawi’s Memoirs from the Women’s Prison, Ngugi wa Thiong’o’s, Devil on the Cross, and Teju Cole, Every Day is for the Thief and Open City. In addition to literature, we will incorporate film, music, and cartoons, as well as scholarship from history, political science, philosophy, and sociology.