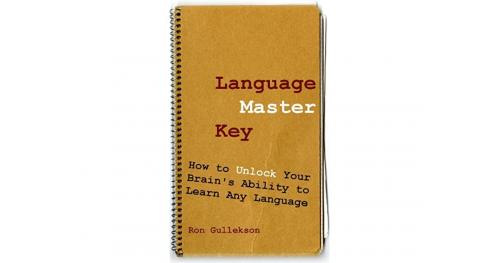 Many of us have heard the benefits of listening. In a lecture, active listening will help you memorize concepts, learn theory and arguments, and generally give you a better understanding of the material. In relationships, we know that listening will heighten our connections and make us better partners. But, what about in language learning? It’s easy to envision the ways that listening will familiarize you with your target language, and even improve your accent. But what if listening was the most significant component of your language learning? In Language Master Key: How to Unlock Your Brain’s Ability to Learn Any Language, Ron Gullekson argues that listening is the most efficacious language practice. In fact, he explains that other aspects of language learning should work to support your listening capacity – your ultimate guide to fluency.

Gullekson refers to listening as a symbolic key that will “unlock” your language potential. I lived in Tanzania (TZ) for a semester in 2013. Previously, I studied and practiced Swahili during a 6-week volunteer trip in Arusha (2011). Since my second trip, my Swahili skills have been nearly unused. Because of my efforts to learn (and now relearn) Swahili, I am intrigued by his method, which offers a dynamic and engaging option to prioritize in our independent learning plans. In the Peace Corps’ Volunteer on-Going Language Learning Manual: Beyond Hello, the writers explain how everyone has a different learning style and it is important to apply what works for you.[1] For me, dynamic practices keep me engaged. With this notion in mind, I understand Gullekson’s method as one possible avenue to practice, but I question his certainty that it is the best method. At first, his work appears geared towards beginners; however, I will review his methods, and analyze the ways in which his methodology can work for all levels of language learners.

Gullekson identifies the key to language learning as sound. His work is informed by several linguistic and psychological theories. For example, “The Acquisition-Learning hypothesis states that languages are not ‘learned’ via conscious effort. They are ‘acquired’ subconsciously and effortlessly via meaningful interaction with the language.” The Acquisition-Learning hypothesis guides Gullekson’s efforts throughout the book. He believes that grammar will help you refine your language skills, but will not encourage organic usage. Instead, grammar, reading, and vocabulary practice will help you listen better. The Acquisition-Learning hypothesis is the most controversial theory that informs his work. The process requires that we just let the language “sink in” Gullekson recognizes the need for active learning, but he still almost favors the former, throughout (“Language is Sound”).

Furthermore, Gullekson incorporates the Pimsleur Method, which strategizes language learning practices, and explains how these tactics will support your listening. With this method, there are four basic principles. First, we can employ “anticipation” by translating English phrases into the target language. In this case, we know what we want to say or learn in advance. Another aspect of the method is “graduated-interval recall.” Gullekson recommends language learners review vocabulary in progressively longer intervals. According to him, your ability to retain information for longer periods ensures retention (“Language is Sound”).

In terms of what vocabulary to prioritize, Gullekson instructs the “core vocabulary” – learning the most commonly spoken words. The core words number close to a couple thousand and are about eighty percent of the vocabulary one encounters in an immersive environment. The last component of the Pimsleur method is “organic learning.” Organic learning occupies the majority of the rest of Gullekson’s work. It is facilitated through hearing and speaking, and mirrors how children learn languages. However, while Gullekson mentions speaking, he does not clearly elucidate how to incorporate it as a practice methodologically.

Gullekson also incorporates drills, but he does not centralize the practice in his methodology. Other prominent language programs and researchers recommend the importance of drills. For example, Helen Nicholson (1944) argues the efficacy of the Army Special Training Program’s (ASTP) courses, which centralizes drills.[2] She explains the program requires intense memorization, as “constant review of former material is made imperative by this daily sampling, which not only makes for variety, but prevents an active vocabulary from becoming passive.”[3] However, Gullekson’s method relies on passive learning. Typically, in drills, you practice listening to the instructor who speaks the sentence or phrase and speaking, as you emulate what you heard. The use of listening and speaking offers a more dynamic approach than Gullekson’s plan. However, continuous drills can become too rigid for some learners.

According to Gullekson, just hearing a language offers multiple realms of support. Listening will help you identify words, it illustrates grammar, and offers contextual meaning. According to Gullekson passive listening stimulates cognitive connections that better prepare you to digest material in a more active listening scenario. Gullekson promotes two types of listening, free listening and active listening. He devotes a chapter to each, and explains, “Free listening plays perhaps the most vital role in the Language Master Key program.” It “means listening to your target language with the goal of understanding the text and enjoying it” (“Free Listening”). It is not clear if he believes free listening is better aimed at beginners, or if more advanced learners could benefit equally. Gullekson identifies free listening as “using the language, not learning it,” which is what we do with our native languages. He provides several resources to access free listening-worthy material. His most obvious sources are YouTube, Radio stations, songs, television, and movies. Other unconventional sources are Vlogs, “slow news” audiobooks, radio dramas, children’s shows, and podcasts.[4]

Active listening requires more complex participation. Gullekson mentions you are more likely to retain material with which you are more critically involved. He offers seven types of active listening opportunities, listed as follows: transcription, transcription and translation, listening with a dictionary, listening and reading (i.e. using subtitles in your target language), translating music lyrics, and the State Department method. Gullekson’s program requires at least forty-five minutes of language engagement each day. He breaks this down into thirty minutes of free listening, and at least fifteen of active listening.

Reading in Gullekson’s model aids your listening capacity; it helps it sink in. More difficult texts, he suggests, “create neural tissue,” and “give you a feel for the language’s rhythm,” while medium texts offer new words and language components.[5] While you can memorize words, Gullekson stresses the importance of your capacity to use them. Working with more difficult material supports your intuition. The more contextually assimilated your skills can be, the more likely your intuition will spark up in unfamiliar situations.

Gullekson also maps out a 21-day program, for anyone looking to rapidly increase their skills or learn a certain amount of material before an impending deadline. His platform is rooted in “blast” learning. He recommends that you memorize two hundred phrases or vocabulary words, but three hundred would be ideal. Unfortunately, the more advanced you are in your language learning journey, the less explicit your gains will be. The 21-day program is sound- and writing-based. He requires written text and corresponding audio.

Gullekson’s notion of tapes corresponds with the NASILP language structure, where tape work is the core of their Critical Languages Program.[6] NASILP, however, recommends speaking what you hear on the tapes; Gullekson argues you should read what you hear and absorb the material receptively. While tape work might be too repetitive for some, Gullekson suggests tapes do exemplify appropriate tonalities and support one’s capacity to reduce their foreign accent. However, he finds solace in recognizing that this accent will never fully go away, and notions of fluency operate on a continuum. In his chapter, “Six Qualities of Successful Language Learners,” he offers confidence-based tips for the easily disparaged.

While some language specialists stress the importance of speaking, Gullekson sees it as a skill that will simultaneously develop as you listen and read. In this light, his argument stands on the importance of receptive skills – your ability to decode and interpret material – identified within Achieving Success in Second Language Acquisition. However, I refute Gullekson’s claim. While listening and reading are important aspects of language learning, I caution that without placing some type of priority on “productive” skills, such as speaking, our own capacity to engage will become dormant.[7]

After reviewing Gullekson’s approach, I tried it out for a week. His priority of free listening offers flexible opportunities to study language. I translated Swahili lyrics and listened to corresponding songs. I could freely listen to music on the bus and while walking around campus. It may require a longer devotion to his method to accurately gauge its efficacy. However, I felt uneasy about a lack of “productive” skills, and uncertain as to how to activelymeasure my progress with his approach. Significantly, Gullekson’s plan does not offer any method of evaluation. In many language learning guides, evaluation is key to self-taught language mastery.[8] In fact, in The Whole World Guide to Language Learning, Terry Marshall stresses the significance of daily goals and constant evaluation to set up and sustain a productive learning plan.[9] Gullekson also lacks explanation as to what type of material is best to listen to, and thus implies that any material will equally support your growth. While I am sure this is true to some extent, I would recommend you thoughtfully determine what source you use based on your present goals. For example, if you are looking to expand your capacity to articulate pain in romance, popular music will support you. However, if you are interested in current events, turn to news reports. Nevertheless, for an auditory learner, Gullekson could be on to something. I believe that his strategy offers beneficial activities to incorporate into a language learning plan. However, I will not prioritize his practices.