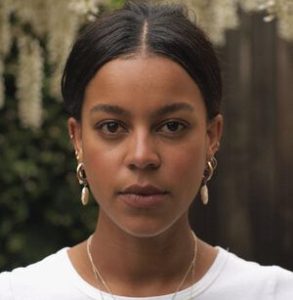 Rebecca Ajulu-Bushell has directed Breakfast in Kisumu (2019), a documentary about her father which is being made available online beginning Friday, June 18. Ajulu-Bushell  recently completed her first year as a Masters student in African Cultural Studies.

From British-Kenyan activist and filmmaker, Rebecca Achieng Ajulu-Bushell comes Breakfast in Kisumu, a documentary about a leading Kenyan academic and freedom fighter and his role in the struggle against apartheid in South Africa.

The upcoming release of the film marks exactly two years since its world premiere at the Cape Town International Film Festival, Encounters. Breakfast in Kisumu (2019) is a story of resilience and resistance. It follows the journey of an unorthodox revolutionary figure, Professor Rok Ajulu, through periods of political exile, prison stints, and great personal sacrifice to the backdrop of the conflict and confusion of post-colonial Africa.

Shot across 16mm, VHS, DV and digital featuring music by Sheku Kanneh-Mason, Breakfast in Kisumu has been described as ‘an intimately rendered tribute’. The film, cut by award winning editor Mdhamiri Á Nkemi (The Last Tree, The Pale Horse), unfolds around an interview between father and daughter, exposing fault lines between their beliefs about identity, legacy, and homeland. The documentary feels fiercely topical today as liberation struggles continue to erupt globally and we all grapple with a changing sense of community and purpose. Director, Ajulu Bushell, wanted to ‘capture and critique the contradictions present in all our decisions’; the film, CityPress writes, is ‘full of tenderness and tension… a mirror for anyone whose place in the world is confused, compromised or, like most of us, complicated’.

Selected for feature in the British Council’s UK Documentary Catalogue, a European premier at the prestigious IDFA—screening at the Pathé Tuschinski in Amsterdam—followed by selection in the international category for best short documentary award at film festivals in Italy (Roma Cinema Doc), Portugal (IndieLisboa) then to sold out screenings at London’s biggest celebration of African cinema, Film Africa; Ajulu-Bushell’s debut film has received critical acclaim.

Breakfast in Kisumu will be available to watch online worldwide at True Story, an independent streaming platform dedicated to documentaries, on Friday 18th June 2021. Watch the trailer now.