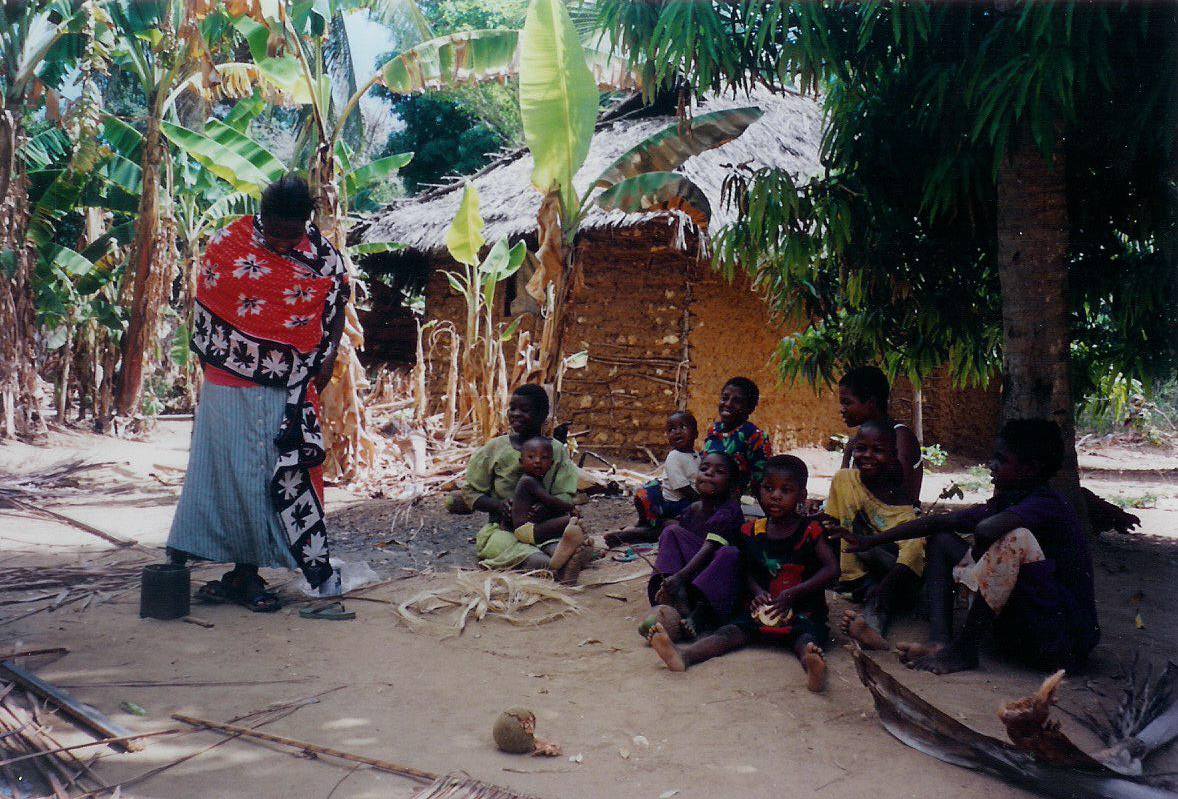 Lowell began learning Swahili from Katrina Daly Thompson in 2000, and studied abroad in Tanzania in 2001. In 2004, Lowell was the recipient of a Hilldale Undergraduate Research Award, which enabled him to digitize, transcribe and translate the Swahili stories he collected. Grants from the Hilldale Foundation and the Wisconsin Legislature provide $3,000 each to undergraduate students and $1,000 to the faculty or staff supervisors to work in collaboration on research projects. Lowell’s faculty advisor was Magdalena Hauner.

In 2004-05, Lowell was a Fulbright-Hayes fellow and returned to the Mafia islands to continue his research on Swahili storytelling. He is now a doctoral student at Harvard and conducting research in Rwanda.

The Swahili stories posted on this website were collected in Chole Mjini, a small island in the Mafia Archipelago, twenty miles off of the east coast of Tanzania. In the fall of 2001, I, then a junior at the University of Wisconsin-Madison, was given the opportunity to conduct folkloric research in Tanzania. These stories, along with the many others which will be included in book which I hope to publish in the near future, are the result of a month-long story collecting expedition amongst the kindest, most generous people whom I have ever had the pleasure to meet – the WaChole.

Their rich oral tradition (composed of stories such as the ones that follow, plus riddles, songs, prayers, and proverbs) which has been cultivated and preserved over centuries upon centuries, plays a vital role in the lives of all of Chole’s approximately eight-hundred inhabitants. To the chagrin of many of the older Choleans however, the role that these stories play in the lives of their children has, in recent years, become smaller and smaller. Chole, an island once at the crossroads of a major Indian ocean trade route, now finds itself at another crossroads, of a major cultural route: a crossroads between a very rural, isolated and traditional past, and a developing, globalizing, modernizing future. As tourists begin to stumble through the village with cameras in hand, and the village children begin to attend kindergarten at the age of three, the younger generation finds itself confronted with a radically different way of life than the one that their parents led.

In Chole, many of the things of the past are being lost or thrown away. The wazee (elders) of Chole have reached a near consensus. With the modern world squeezing in on them from all directions (a new eco-tourist hotel has been built on the island’s northern coast, and the island’s first primary school recently opened on it’s western coast), it is not uncommon to hear lamentations such as this one, from 80-year-old storyteller Bi Nimadi Mussa:

This world doesn’t work that way now. In the past our grandparents would tell stories, wonderful stories the whole night, but now it is not that way, we children would sit there and listen the whole night. But now there is no storytelling.these children, they go from here, they go to school, they go over there, they pass here, they return, they go here, they go there. In the evenings they come back from school, they get their food, they get into their beds. What can you say to them? I don’t see them. They get their stories from school now. We don’t know the stories that they know. We don’t know the songs they know. What can you say to them?

But luckily for me, and all of us, I would say, the elders, as elders tend to do, seem to be jumping the gun a bit, and exaggerating the devastation of these valuable traditions. Because I have seen with my own eyes, and heard with my own ears, that as the sun goes down on Chole, after the evening meals of spinach and changu fish have been eaten, families on every cranny of the island, in every baobob grove and sandy stretch of beach, light their hearth fires and gather around their elder members in anticipation of this centuries old ritual, just waiting for the elder to speak the magic words: hadithi, hadithi (“story, story”), to which all of the children, no matter what they have learned in school that day, respond in unison, with the same existential glee that their grizzled old grandparents must have exhibited decades ago, Hadithi njoo, uwongo njoo. Utamu kolea. (“Come stories, come lies. Enhance the sweetness.”)

I hope that the following stories do just that for you.

The Folklore of the Land: A Sense of Place through Stories in Chole, Tanzania by Lowell Brower