Abstract: In 1953, three Ugandans set out in a Peugeot station wagon on a two-month mission trip across Africa. All were recent converts to Baha’ism, a religion founded in the 19th century. One stayed in the Republic of Congo, the second in the Central African Republic; 27-year-old Enoch Olinga continued to Cameroon. Once there, he quickly became the leader of a small community of Baha’i adherents, including local Africans and Black Americans; he later married a Cameroonian woman. With Baha’i theology and expansion, a backdrop rather than a focus, I explore how Olinga and other adherents spread Baha’i and its teachings about racial harmony and human unity westward on the continent, including Ghana and Nigeria, from the 1950s to the 1970s, a period of global south activism and growing Pan-Africanism. Baha’i tenets of racial equity, combined with these larger political contexts, is the rich background in which my project’s subjects expanded understandings of a global Pan-Africanism uniting people of color, fostering optimism about Africa and imminent, lasting global harmony. Many made intracultural marriages, reflecting this flourishing, as well as distinct relationships, including with African presidents Kwame Nkrumah and William Tubman.

This project, which will result in a monograph, draws from history to contribute to scholarship on the African diaspora, Pan-Africanism, and racial politics. It provides essential historical insights into contemporary discussions about global (racial) harmony, diasporic experiences, transnational living, and global belonging in our increasingly connected world. In today’s context of global Black Lives Matter activism and the #EndSARS movement, looking to the racialized experiences and relationships that sprang up during the decolonization and civil rights movements of the mid-20th century invites significant reflection about global racial and human equity and harmony. Against the backdrop of today’s mass racial violence in the Global North and international conflicts, the story of the people I focus on offers one historical viewpoint of how individuals of color proposed an alternative message and avenue toward racial equity and international peace, one that went beyond their religious stance and across racial boundaries. 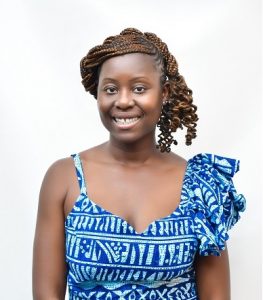 About the presenter: Jacqueline-Bethel Tchouta Mougoué is an Associate Professor of African Cultural Studies at the University of Wisconsin–Madison in the USA with additional affiliations in the Department of History and the Department of Gender & Women’s Studies. As an interdisciplinary historian of Africa, she draws from history, gender studies, feminist studies, and political science to examine 20th-century African history. She is the author of Gender, Separatist Politics, and Embodied Nationalism in Cameroon (the University of Michigan Press, 2019). The book received the 2020 Frances Richardson Keller-Sierra Prize and the 2021 Aidoo-Snyder Book Prize; Mougoué was selected as one of 15 African women historians shaping understandings of Africa’s historical past by AMAKA magazine in 2022.