An Evening with Filmmaker Ndirangu Wachanga 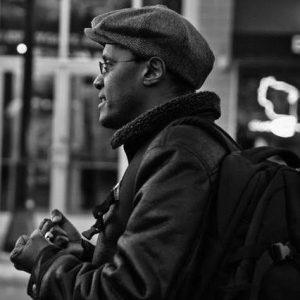 Join us for this special event featuring filmmaker Ndirangu Wachanga and enjoy two of his films:

Documenting Soyinka: My Journey with Teju (runs for 20 minutes)

Ndirangu Wachanga is the authorized documentary biographer of Prof. Ali A. Mazrui, Prof. Ngugi wa Thiong’o, Prof. Micere Mugo, Dr. Willy Mutunga, Abdilatif Abdalla and Dr. Henry Chakava. He was collaborating with the late Tejumola Olaniyan on an intellectual documentary film on Prof. Wole Soyinka, who won the Nobel Prize in Literature in 1986.

Wachanga’s recent publications include Ngugi: Reflections on his life of writing (2019), and Growing up in a Shrinking World: How politics, culture and the nuclear age defined the biography of Ali A. Mazrui (2017). His volume of essays in honor of Micere Mugo, titled, Making Life Sing in Pursuit of Utu: The Life Story of Micere Githae Mugo, will be released in May 2022 by BookCraft Publishers.

Together with Prof. Simon Gikandi of Princeton University, Wachanga is curating videocasts of conversations with African writers and artists. A live repository of these videocasts is hosted by the Princeton African Humanities Colloquium.

Wachanga has served as Visiting professor of documentation at Princeton University, and as Fellow with the Carnegie African Diaspora Program, and as CODESRIA Visiting Professor at the United States International University – Africa.

Wachanga is working on a monograph on the place of intellectual biographies of African writers and intellectuals in the narrative of decolonization.