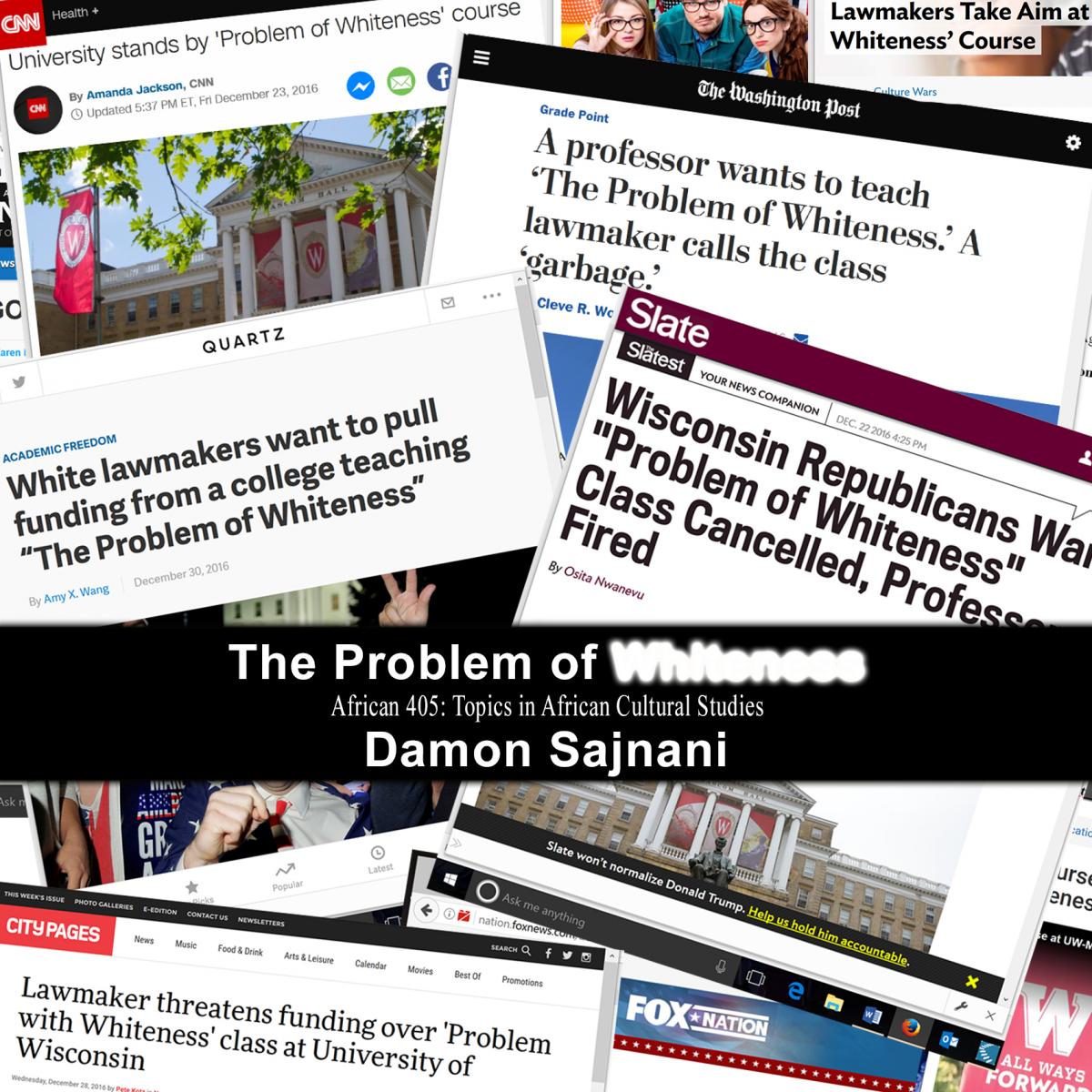 “There is no Negro problem in the United States,
There’s only a white problem.”
-Richard Wright

“How does it feel to be a problem?
-Du Bois

Have you ever wondered what it really means to be white? If you’re like most people, the answer is probably “no.” But here is your chance! In Frantz Fanon’s famous Black Skin, White Masks (1952), his chapter “Look, a Negro!” interrogated the meaning and experience of coming to know oneself as Black under the constant scrutiny of the white gaze. It is an experience concomitant with W.E.B. Du Bois’s observation that under systemic racism, even well-meaning whites are constantly asking, in one way or another, “what is it like to be a problem?” But, like Richard Wright’s quote above, philosopher George Yancy’s book, Look, a White! (2010), turns the question around, and rightly returns “the problem of whiteness” to white people. After all, since white supremacy was created by white people, is it not white folks who have the greatest responsibility to eradicate it? Our class begins here. We will come together with our socially ascribed identities of Black, white, mixed and other and, with the problem properly in its place we will ask ourselves and our allies, what are we going to do with it?

Critical Whiteness Studies aims to understand how whiteness is socially constructed and experienced in order to help dismantle white supremacy. Our class will break away from the standard US-centric frame, and consider how whiteness is constructed globally, with particular attention to paradigmatic cases like South Africa. Whereas disciplines such as Latino/a, African, and Asian American studies focus on race as experienced by non-whites, whiteness studies considers how race is experienced by white people. It explores how they consciously and unconsciously perpetuate institutional racism and how this not only devastates communities of color but also perpetuates the oppression of most white folks along the lines of class and gender. In this class, we will ask what an ethical white identity entails, what it means to be #woke, and consider the journal Race Traitor’s motto, “treason to whiteness is loyalty to humanity.”

Readings will include:
W.E.B. Du Bois, 1920. “The Souls of White Folks” in Dark Water
George Yancy, 2010. Look, a White!
Ta-Nehisi Coates, 2015. Between the World and Me
Damon Sajnani, 2015. “Rachel/Racial Theory: Reverse Passing in the Curious Case of Rachel Dolezal”
Tim Wise, 2016. White Lies Matter: Race, Crime, and the Politics of Fear in America