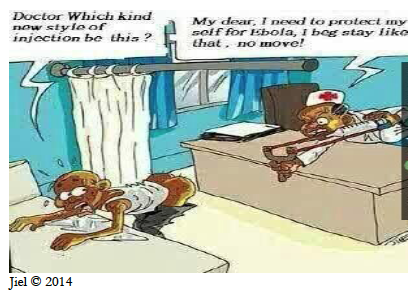 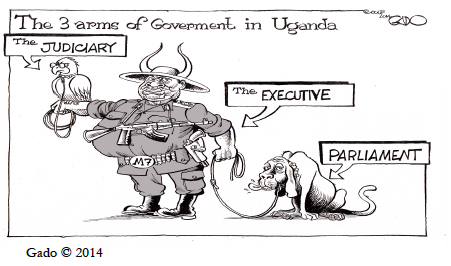 I am currently at work on a book on political cartooning in Africa. Political cartooning in the popular press, which came to many African countries as part of colonial modernity, has since become a phenomenally thriving and popular cultural form on the continent. Nearly every significant newspaper in most African countries, whether government- or privately-owned, features one or more cartoonists, and in many instances must do so to win readership and subscription. Many highly successful cartoonists old and new such as Josy Ajiboye of Nigeria, Zapiro of South Africa, Gado of Kenya, and Ali Dilem of Algeria, have collected their cartoons in several volumes that “sell like hot cakes,” as the saying goes. The cartoonists do not just entertain; in this era of increasing multi-party politics in many African countries, a large number of people perceive their cartoonists as trusted political pedagogues who usually help them sort through the vertiginous chaos of ever proliferating and mutating parties, personalities, and political promises. Even professional intellectuals and elite organizations are now acknowledging the importance of cartoons as perspicacious running commentaries on African social, cultural, and political life. On the reporting of Tanzanian elections in the media some years ago, Africa Newswire Network (ANN) and Integrated Regional Information Networks (IRIN), a UN humanitarian information unit, wrote: “Maybe the sharpest political reporting comes from the dedicated band of cartoonists, who do not hesitate to poke fun at all sides in the political arena. A recent cartoon from ‘Mtanzania’ newspaper shows a broken down bus belching smoke driven by a person with CCM posters hanging off every corner – a wry comment on the state of the nation after more than 30 years of CCM rule.” And needless to say, cartoonists have not been spared the fate of journalists in the hands of an intolerant state: many have been have been harassed, detained, and made the subject of endless debates during legislative sessions. The late, ever unsmiling General Tunde Idiagbon, former deputy head of state of Nigeria, once described cartooning the head of state as “indiscipline.” His government subsequently launched a massive “Operation WAI” (War Against Indiscipline) to combat lateness to work, littering the streets, reckless driving, and similar acts of indiscipline including, of course, cartooning the head of state, that are supposedly dragging the country down from the ladder of progress.

If it is not that difficult to demonstrate that political cartooning in Africa is no longer containable in the margins of the general discourse on political affairs that many would want to consign it, then it is regrettable that there is at present no major book-length and continent-wide historical and critical scholarly study of the form. This is the yawning gap I hope to fill with my project, Political Cartooning in Africa. I am also at work on a companion project, an equally comprehensive online encyclopedia of political cartooning and cartoonists in Africa, http://www.africacartoons.com. There are currently more than forty countries with entries for cartoonists. When it is completed, the encyclopedia will feature profiles of all African cartoonists from the beginning to the present, continuously updated with new artists and rich samples of their works.

One of the goals of my two projects is to—through a detailed and multi-sided attention to a very popular cultural form within the context of whirlwind political changes that produced and continue to produce it—register a “voice” that is increasingly becoming a moral and trusted one within the din that constitutes African civil society. If the deconstructive humor and subtle irony that that voice schools its hearers in help to expand and make more resilient that same civil society, then that would be a tiny plus for democratic consolidation.