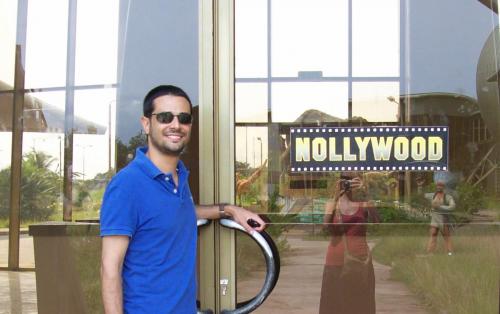 The latest edition of Journal of African Cinemas marks the culmination of a collaboration that I undertook with Nyasha Mboti (University of Johannesburg) in 2011. Nyasha and I were asked to chair a plenary panel on Nollywood and African satellite television audiences at the 2012 International Association of Media and Communications Research conference. We worked with a group of talented researchers from various African universities who each presented at the panel and then each composed a piece for a special edition of the journal that Nyasha and I co-edited. The research we have curated pushes the field’s understanding of Nollywood and its relationship with the rest of the continent in new directions. In urban and rural spaces, nations close to Nigeria and far beyond, Nollywood is both capturing audiences and being vehemently challenged by them, revealing new ways of thinking about hegemony and agency. Is Nollywood truly popular, in the sense that African cultural studies has long understood the term, or does it represent a form of power linked to concepts like nation and state? While this phase of the project is complete, I hope it is just the beginning of many fruitful collaborations with media and film scholars on the continent.

Genre is one of the primary concepts around which the Nigerian video film industry is organized, and when shopping for video films in Lagos markets, I have often been confronted by the question (in Nigerian Pidgin), “Which kin’ film you like?” Of course, my answer might not only be “epic,” “comedy,” or “romance,” but “films with Genevieve,” which turns out to be a perfectly acceptable and common method of expressing type. Is there a Genevieve genre? Or a Jim Iyke genre?

In my current book project on the social history of Nollywood genres, I am digging deeper into the connections between celebrities and the kinds of films in which they work. It might be true that, in Nollywood, film professionals (whom I call “genre experts”) tend to work in particular narrative types, but I want to know more about whether that is an explicit or implicit assumption of the industry. What happens when the correlation between film professionals and genres is disrupted? The other problems motivating my current work include those associated with defining genre as a historical process, rather than a method of categorization. How does genre develop in the interactions between filmmakers, films, and spectators? Can the process of genre tell us about the historical processes that produce and impinge upon all Nigerians, no matter what side of the camera or screen on which they find themselves?

In addition, I continue my collaboration with John Nimis (African Languages and Literature) and Victor Goldgel (Spanish and Portuguese) on New Media and Mass/Popular Culture in the Global South. This past year we have organized events on “Global Grit Cinema,” with Kenneth Harrow (Michigan State University), Victoria Ruetalo (Alberta University), and Megha Anwer (Purdue Univesity), “Audiences and Publics,” with Karin Barber (University of Birmingham), and “Small-Screen Melodramas,” with Ana M. Lopez (Tulane), Mari Castaneda (UMass-Amherst), and Mary K. Good (Wake Forest). The group is tentatively planning a small conference for 2016, which we hope will produce an exciting edited volume on new directions in global media and cultural studies.