I recently finished my book manuscript, Popobawa: Tanzanian Talk, Global Misreadings, due out from Indiana University Press in March 2017. Since the 1960s, people on the islands off the coast of Tanzania have talked about being attacked by a mysterious creature called Popobawa, a shapeshifter often described as having an enormous penis. Popobawa’s recurring attacks have become a popular subject for stories, conversation, gossip, and humor that has spread far beyond East Africa. I critically analyze recordings of talk about Popobawa to show that it becomes a tool Swahili speakers use for various creative purposes—subverting gender segregation, advertising homosexuality, discussing female sexuality, and more. By situating Popobawa discourse within the social and cultural world of the Swahili Coast as well as the wider world of global popular culture, I not only show that uses of this legend are more diverse and complex than previous interpretations have suggested, but also provide insight into how women and men communicate in a place where taboo, prohibition, and restraint remain powerful cultural forces. 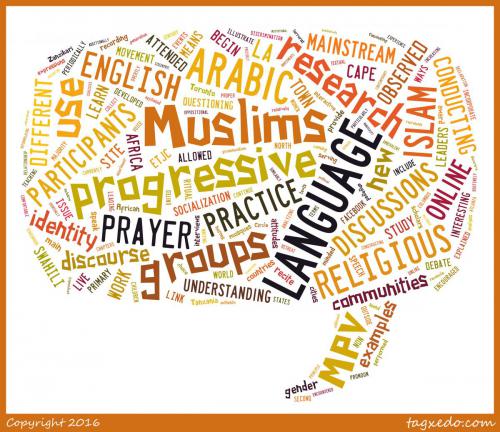 I received a small grant to begin a new project, “Progressive Muslims through Discourse.” Although precisely what “progressive Muslim” means is debated, a growing movement coalesces under this or similar labels, and questions of language are central to their movement. Language is not only the medium of progressive Muslims’ radical re-visioning of core tenets of Islamic belief and practice, but also represents what is at stake: who speaks for Islam. Issues of voice, representation, interpretation, authority, and language choice are at the heart of understanding Islam and Muslims in the twenty-first century. By examining progressive Muslim discourse in various settings, my project will fill a gap in our current understanding of contemporary Muslims. Building on my previous research among Swahili Muslims, I will examine how progressive Muslims engage in language socialization, that is, how they covertly and overtly teach newcomers how to talk (or participate online) like progressives. Unlike mainstream Muslim groups in which participants learn how to talk about Islamic practice, for progressive Muslims almost anything goes in terms of “Islamic practice,” and they instead learn the norms of progressive discourse, including using gender-inclusive language and avoiding sexist, ablist, ciscentric, and homophobic language. Through this project, I aim to show how progressive Muslims interpret existing discourses as they make social, cultural, political, and emotional investments in speech and writing about their religious beliefs and practices—indeed how they are reformulating Islam itself in the twenty-first century. 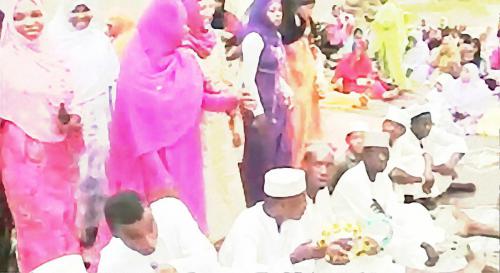 My third project, “An Intimate Ethnography,” combines the genres of memoir, ethnographic narrative, poetry, and fiction to explore two themes: how Muslim women who get married in Zanzibar, Tanzania, socialize one another into speaking, dressing, and behaving like a “good Muslim wife”; and the role of autoethnographic research and writing in understanding researchers as subjects, our involvement and intimacy with our subjects of study, and the role of narrative in dialectically shaping the self in a cultural context—both the researcher’s self and the selves of her interlocutors in the field.