Television in Kenya: Tracing the development of local shows in a changing society 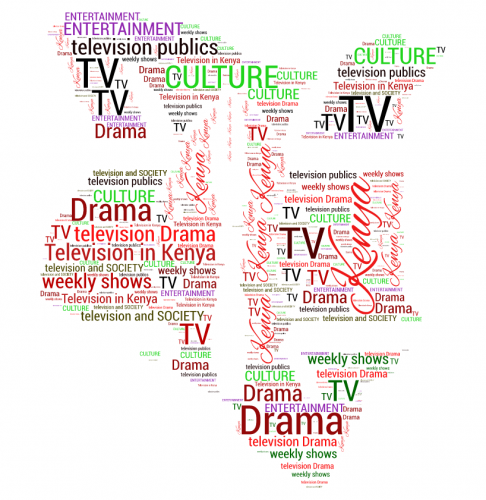 I am beginning to work on my MA thesis , a critical review of relevant literature that will pave the way for my eventual dissertation project on television in Kenya.  Following the migration from analogue to digital broadcasting in Kenya in March 2015, many Kenyans have been exposed to a variety of television content. More television channels, both local and from other African countries, are now available through digital broadcasting. Kenyan Pay TV faces competition from both regional and international channels like GoTV and DSTV and, recently, Netflix. There are also several free-to-air channels. With this competition for viewers and advertisers, television stations choose their content carefully, sourcing its content both locally and internationally, with the key Kenyan broadcasters creating their own content. National television features weekly programs which have been running for decades.

My interest is in local television programs that have prevailed over the years. What makes these shows survive the competition from newer and often arguably higher quality entertainment? How do those involved in television production and broadcasting make sense of, and work within,  a rapidly-changing media landscape? What is the evidence of the changing social context in television content? How does the audience make sense  of popular programs like Mother-in-Law, Papa Shirandula, Inspekta Mwala, and Tahidi High? By studying television dynamics, I will add to studies on the role of media in an ever-changing society.