(jump down to Student research news)

Matthew Brown continues to research and write about the history of motion pictures in Nigeria. Along the way, he is amassing a large archive of documents, newspaper articles, and footage from from the turn of the 20th century on. [Pictured below: A plaque on display at the Ibadan branch headquarters of the Nigerian Television Authority. Now a part of the federal state television network, the Ibadan station was originally the headquarters of the Western Region Television Network, the first television broadcasting facility in sub-Saharan Africa. Photo by Matthew H. Brown.]

This year Brown also completed an article for a book being edited by Cajetan Iheka and Jack Taylor on contemporary African migration narratives. Brown’s article looks at Nollywood comedy films that feature sequences about visa lotteries. He argues that the Global North’s appetite for migrant labor is matched only by its unease with extending welfare, a gulf which is compressed into narratives about visa programs that may appear to be open and generous, but are also desultory and capricious, therefore highlighting the “casino” quality of the contemporary global economy. This quality registers in some Nollywood comedies as a form of migration he calls “random invitation.” Nigerian comedians, of course, play on this incoherence to great effect.

Brown is currently working on an article about the concept of genre and its application in African film and literary studies. Expect to learn more on that work in the coming year. 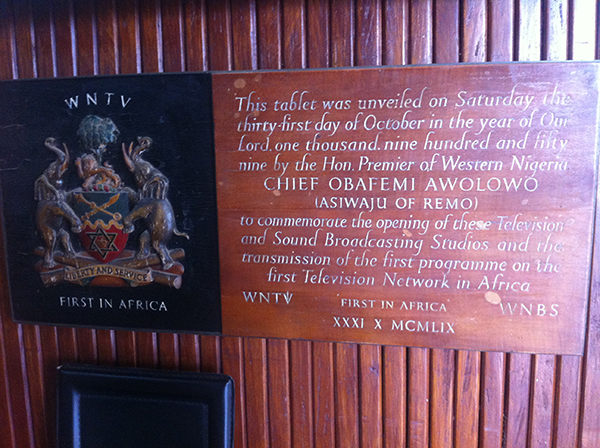 Having studied premodern works at length in his book Medieval Empires and the Culture of Competition: Literary Duels at Islamic and Christian Courts (anticipated publication early 2018), Samuel England is now scrutinizing the role of medieval Arabic in modern movements, from the late nineteenth century onward. This spring he is writing an article entitled “An Ayyubid Renaissance: Saladin, from Knighthood to Nahda.” In it, he explores the nineteenth and twentieth centuries, an era of prose when Arabic authors branched out from the long-form reporting and argumentation of their antecedents like al-Jabarti. Among the many productive trends they began was to translate and write distinctively modern literature about the medieval counter-Crusades exploits of Saladin. Scholars have used the phrase “the Arab Renaissance” to define the Nahda, an intellectual movement to assert Arab unity, modernity, and cosmopolitanism during the break-up of the Ottoman Empire in the Middle East. He argues that the Nahda was more divisive than historians have generally thought. When authors in this “Renaissance” movement attempted to translate and popularize Saladin-themed literature, they revealed those divisions and, in turn, give us useful material with which to reconsider the cultural politics of their time.

This spring and summer, England is revising his article “Duels, Dialogue, and Power in al-Andalus: The Courtly Ritual Ijāzah” for the Journal of Arabic Literature, responding to the suggestions of the journal’s editors and external reviewers. It’s the project that first propelled him to consider the Middle Ages in the popular sphere. Although it is a study of medieval Arabic poetry, his article looks toward contemporary cultural politics. The piece begins and ends by considering the Assad regime in Syria, which directly and indirectly sponsored efforts to promote Classical Arabic poetry from al-Andalus (scholars used to call it Muslim Spain), as well as staging Moroccan and Iberian music concerts in Damascus.  [Pictured below, Syrian actors reenact Andalusi ijāzah poetics, in a still from the Syrian soap opera “Party Kings.”] A bizarre wrinkle in this story is that Syrian functionaries seem to have gotten their idea to promote the Andalusi literary legacy during a trip to the Casino du Liban—there’s basically a national gambling center in Lebanon, where they sometimes offer colorful medieval reenactments in their theater space. 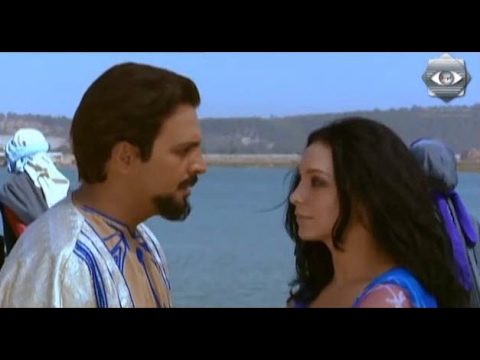 Luis Madureira published a book chapter, “Uma coisa fraterna: Mia Couto’s Collaboration with the Mutumbela Gogo Theatre Group in the 1980s,” in A Companion to Mia Couto, edited by Grant Hamilton and David Huddart (James Currey Press, 2016). He continues to work on a book manuscript on Mozambican theater. In November, he gave an invited lecture, “No Telephone to Heaven: the Predicament of Assimilation and the ‘Experience of Freedom’ in Germano Almeida” at Oxford University.

Michael Schatzberg continues to work on his African soccer project.

Katrina Daly Thompson received funding last summer from the Second Language Acquisition program to hire a graduate student research assistant to transcribe interivews for her ongoing project, “Progressive Muslims through Discourse.” So far she has conducted fieldwork in Atlanta, Chicago, Columbus OH, Los Angeles, Toronto, and Washington DC, as well as netnographic research in several online groups. She plans to conduct participant observation and interviews with a few more groups before her travel funding runs out in June this year, and then begin data analysis. She will present preliminary findings at the American Anthropological Association next Fall. With additional funding, she hopes to expand the project to include progressive Muslims in South Africa.

Thompson won First Prize in the 2016 Ethnographic Fiction and Creative Nonfiction Writing Competition, sponsored by the Society for Humanistic Anthropology, for “Secrets of a Swahili Marriage.” It will appear in the next issue of Anthropology & Humanism, along with another article, “Beginnings and Endings: An Ethnographic Account of Two Zanzibari Marriages.” Both are part of a larger project, a literary ethnography that examines women’s experience of marriage, divorce, and secrecy in Zanzibar from ethnographic and autoethnographic perspectives.

Serah Kivuti is finishing her MA thesis, titled, “Racial Representation in Kenyan Standup Comedy– Churchill Show,” and will defend it in May. In it, she investigates how jokes in Kenya’s “Churchill Show” reproduced and represented race in 2015, and how this representation might impact Kenyan cultural identity. [Image below: still from “The Churchill Show” on Youtube.] 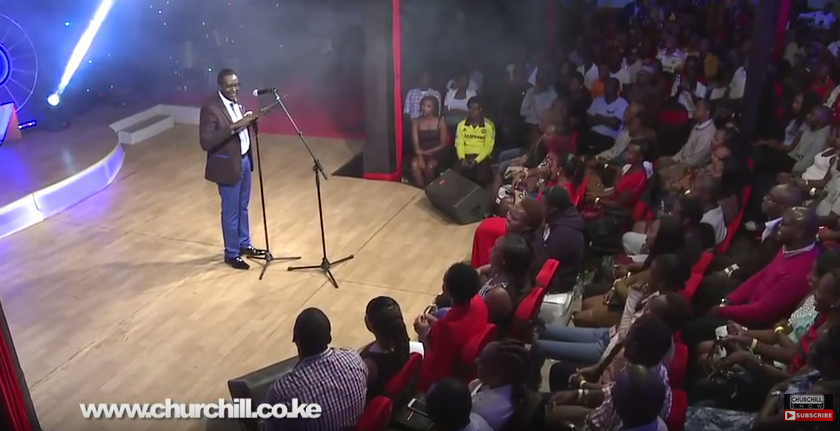 Last Fall, MA student David Lukhachi presented a paper at the African Studies Association titled “Narrating the Self as an Immigrant,” a product of his work in Dr. Thompson’s Literary Ethnography class. He intends to use literary ethnography in his long term research. David is currently working on an MA thesis proposal focused on Kenyan television. He is particularly interested in the way Kenyan television represents the past and constructs the future in utopian ways, and how viewers accept, reject or negotiate these representations.

During Summer 2016, doctoral student Kathryn Mara served as a project assistant for Dr. Katrina Daly Thompson’s study on the language practices of progressive Muslims. She received an Ebrahim Hussein Fellowship for Research in African Literature, which she will use to conduct archival research in summer 2017 at the Genocide Archive of Rwanda, located on the grounds of the Kigali Genocide Memorial Center. Kathryn published a book review of Cécile Bishop’s Postcolonial Criticism and Representations of African Dictatorship: The Aesthetics of Tyranny, in Research in African Literatures (vol. 47, no. 4), as well as a film review of Wanuri Kahiu’s For Our Land in the African Studies Review (vol. 57, no. 3). She also presented her paper, “The Non-African Africanist: Discussing the Umuzungu in the Room,” at the 59th Annual Meeting of the African Studies Association in Washington D.C., as part of a panel that came out of Dr. Thompson’s Spring 2016 course on literary ethnography.